We will hardly ever see how the Giza Plateau looks without the Great Pyramids, since they will likely be there a few thousand years more. We also don’t have the photographs from Cairo before construction of pyramids began, because the first photo would be taken only a couple of thousand years later.

And yet, some of the great buildings were founded not long ago, so people have the pictures or engravings in which it’s possible to see how famous places looked like before the appearance of these well-known buildings.

1. The Louvre Museum in Paris before and after the pyramid of Louvre in the country yard was built

2. The Champ de Mars in Paris before and after the building of the Eiffel Tower

In the picture on the left you can see the Palais du Trocadéro that had been there before 1935, when it was decided to found the Palais de Chaillot that can be seen behind the tower in the right picture.

3. Liberty Island (long known as Bedloe’s Island) in New-York before and after the Statue of Liberty was founded

In the picture on the left there is the antique engraving of 1857, where you can see the Bedloe’s Island and the walls of the star-shaped fortification of Fort Wood, inside of which the Statue of Liberty was founded.

4. The tram shed at Bennelong Point before and after the foundation of the Sydney Opera House

The Sydney Opera House was founded in 1952.

5. Corcovado mountain in Rio de Janeiro before and after Christ the Redeemer was built

6. Mamayev Kurgan in Volgograd (Stalingrad then) before and after foundation of The Motherland Calls statue

The picture on the left was taken in the winter of 1945. In the foreground you can see the destroyed German artillery.

7. San Francisco California’s Bay before and after the foundation of the Golden Gate Bridge

8. The corner of the Rašín Embankment in Prague during World War II and after the building of the Dancing House

The Dancing House was built in 1996. In the photo on the left there’s the same building but after the bombing in 1945.

9. Triangular block of Broadway, Fifth Avenue and 23rd Street before and after the foundation of Flatiron Building

The building was founded in 1902. In the picture on the left you can find the Cumberland House that stood in the place of the future skyscraper. 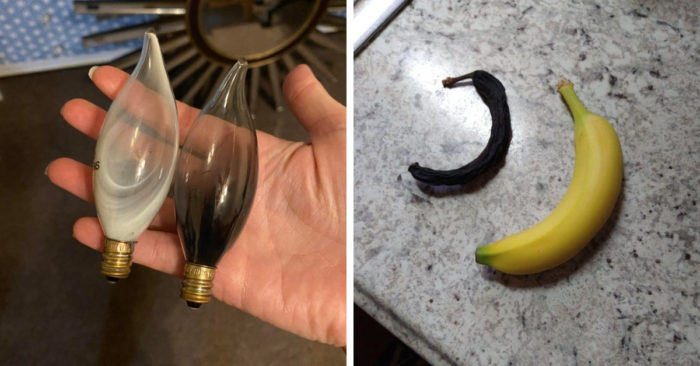 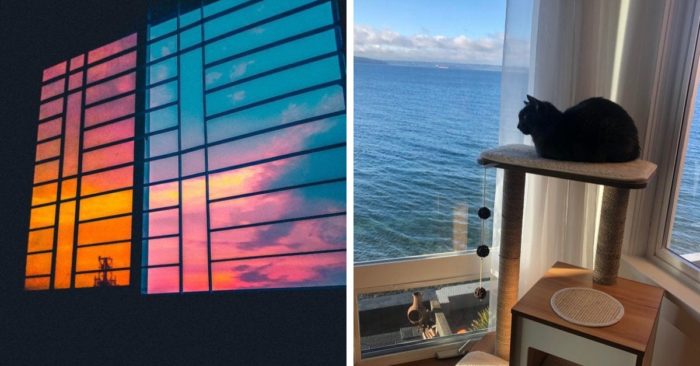