It is impossible to know everything in the world. So, finding some unusual things, sometimes pretty much break heads. You can look at it anyway, and it’s not clear what is it. But now we have the Internet, which means that you can find the answer to almost any riddle.

It’s called a Miao comb that most likely originated for Indonesia or China.

2. Found while hiking in the Santa Cruz mountains in California

it’s a part of a pendant necklace that looks like a prayer wheel.

3. This thing appeared in a Chilean Fishing vessel while fishing at approximately 3,000 meters deep

4. My mom bought this from a pawn shop thinking it looked cool and hung it at the wall

It’s a horse racing game!! Played with a deck of cards and dice. All based on dice roll probability. Super fun game! Here’s a link to the rules.

5. My boyfriend found this in his backyard. Does it appear to be a medal of some sort? There’s nothing on the back of it.

Definitely a hub cap for a carriage wheel.

6. Found this hidden in the ceiling of my basement with a bunch of others

7. My MIL has had this thing for years and no one in the family can figure out what it is

8. Small terra-cotta turtle purchased at a garden center. What’s it meant to be used for?

Looks like a plant stand. You put 3 or 4 under a pot to allow for drainage.

9. What are these brightly colored string-like things that were washed up on an Australian beach?

10. Cairo, Egypt museum. Some kind of tool that looks like an A

That’s a level. When the plumb line rests on a mark in the crossbar, the two points of the frame are level.

11. Found it in a river, have no clue what it is. Please help

12. This glass within a glass

It’s an old glass for seafood, you put ice chips inside to keep the food cold.

13. Some sort of soft, spongy thing from the ocean found on the beach

14. Heavy metal cubes on the end of the chain with different shapes on each side of the cubes. AA battery for scale

15. Found this washed up on a beach in Massachusetts. It’s wooden and looks handcrafted

Wow! It looks like a Davis Quadrant or Backstaff, a navigational instrument predecessor of the sextant. Maybe you should take that to a museum, with nautical expertise. 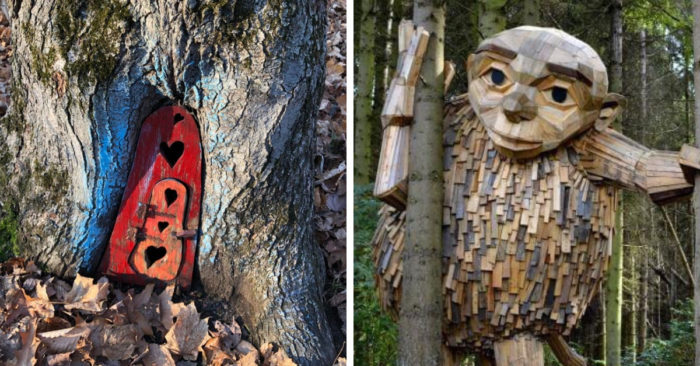 15 Times People Didn’t Know What Kind Of Weird Stuff They Found, But The Internet Experts Explained Everything
Share